You Can't Make a Monkey Out of Me 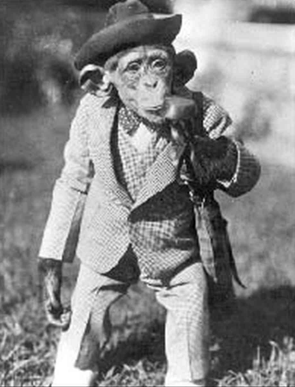 In 1925, a biology teacher named John Scopes was arrested for teaching evolution in defiance of Tennessee state law. His trial became an epic event of the twentieth century, a debate over free speech that spiraled into an all-out duel between science and religion. Featuring two of the century's greatest orators, attorneys Clarence Darrow and William Jennings Bryan, the Scopes trial was America's first major media event, with hundreds of reporters and live nationwide radio coverage dispersing the sensational news. Outside the courthouse, a circus atmosphere prevailed as a chimpanzee in a suit and hat vied with fire-and-brimstone preachers for the crowd's attention. Monkey Trial explores the dramatic moment when a new fault line opened in society as scientific discoveries began to challenge the literal truth of the Bible. Often humorous and at times frightening, the story of two value systems colliding resonates today. 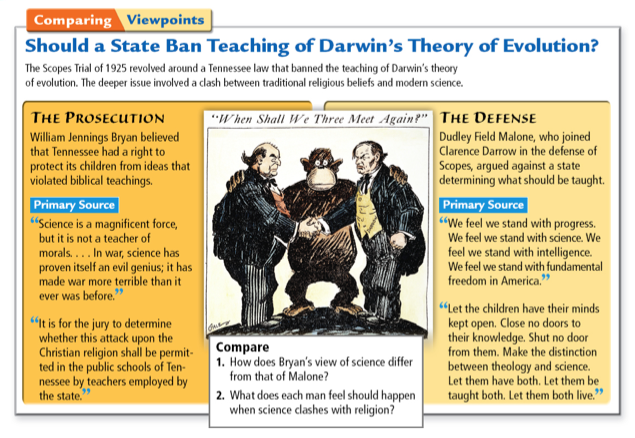 What is the Separation of Church and State?

What was Scope's true motivation?