The Chicago World’s Fair played a key role in the creation of the City Beautiful movement.  At the core of the fair was an area that quickly became known as the White City for its buildings with white stucco siding and its streets illuminated by electric lights. Buildings and monuments by Charles McKim, Daniel Burnham, Augusts Saint-Gaudens and Richard Morris Hunt and lush landscaping by Frederick Law Olmsted, the designer of New York’s Central Park, left a lasting impression on municipal planners looking for a way to bring open spaces and grand public buildings into crowded cities. Chicago itself was one of the first cities to adopt aspects of the new City Beautiful movement. Dozens of other cities across the country followed its lead, most notably Washington, D.C., where by 1902 plans were in place for a redesign of the city center that would result in the creation of the National Mall and its surrounding monuments.

How did the City Beautiful movement change the way we view American Cities?
Posted by Mr. Kelly at 12:30 PM No comments: 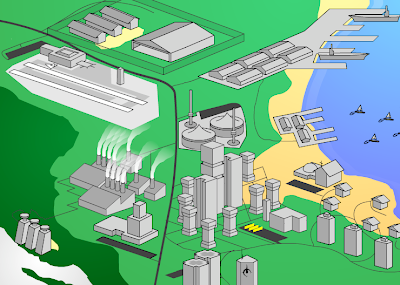 Do you have what it takes to be the next Daniel Burnham?

Can you build the next great 'American Metropolis?'

You have been assigned to create a new city in a recently discovered region that is prime for development! Rank the 18 urban aspects at your disposal to build your city, but only the proper order will achieve the highest ranking: a teeming Cityscape! Good Luck! 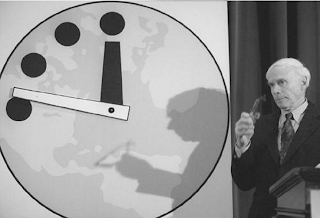 Why did Sting hope the Russians loved their children too?
Posted by Mr. Kelly at 8:21 AM No comments:

So Proudly We Hail!

The tremendous manpower needs faced by the United States during World War II created numerous new social and economic opportunities for American women. Both society as a whole and the United States military found an increasing number of roles for women. As large numbers of women entered industry for the first time, so to did the need for nurses clarify the status of the nursing profession.

In 1the 1942 film 'So Proudly We Hail', an Army plane brings eight nurses from the Philippines to Australia. They are the only female survivors from the hard-hit Army base in Corregidor, and are put aboard a ship to the US. Their leader, Lt. Janet 'Davy' Davidson (Claudette Colbert), does not speak, and the doctor on board asks the nurses to tell their story so he can try to help her.

What characteristics could be used to describe these brave nurses? Compare these women to women of today. How are they alike/ different? Were the nurses more of a help or a hinderance? How have women's roles in war continued to change?

Why were these nurses lucky to have escaped Bataan?
Posted by Mr. Kelly at 8:17 AM No comments: 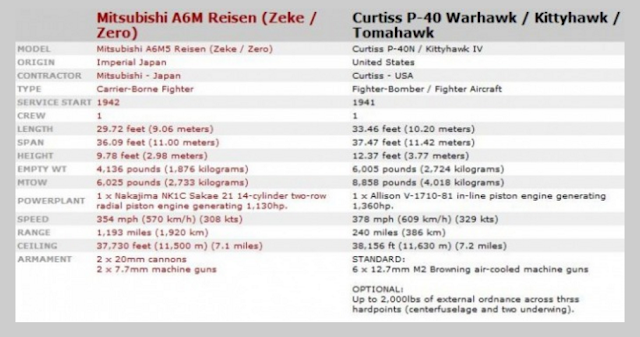 The P-40 Warhawk and A6M Zero were two prominent U.S. and Japanese fighters at the beginning of the Second World War. Both had achieved admirable records. Being two of the most recognizable and widely used aircraft of the war, their paths crossed many times. Yet their performance and career tracks were very different.

Which airplane had the biggest advantage at Pearl Harbor?  Why?

Can you defend Pearl Harbor from the Japanese attack?

Try flying these other historic aircraft.

This Land Is Your Land

Woodrow Wilson “Woody” Guthrie is arguably the most influential American folk musician of the first half of the 20th century. He is best known for his folk ballads, traditional and children’s songs, and improvised works, often incorporating political commentary. Woody Guthrie is closely identified with the Dust Bowl and Great Depression of the 1930s. His songs from that time period earned him the nickname “Dust Bowl Troubadour.”

How do his songs reflect ordinary Americans who had to endure the hardships of the Great Depression?
Posted by Mr. Kelly at 5:44 AM No comments:

How did popular music at the turn of 19th century reflect historical events?

"The Battleship of Maine" (listen by clicking on the button up above) reflects the particular wartime mood from the period it was penned. Yellow journalism, conspiracy theories, patriots and warmongers provide the backdrop for a story about a soldier stumbling haphazardly through a war he doesn't seem to understand, telling the listener that the supposed justification for his woes is the sinking of the Maine:

The song, performed here by Red Patterson's Piedmont Log Rollers, is often considered to be anti-war. But another version features a brave soldier, honored to stick his neck out for his country, oddly enough reminding us with the same refrain: it's "all about the battleship of Maine." That the same song would be sung by both sides seems only fitting to describe a conflict that was both justified and criticized by the public for being started over the same event.

Can you think of any contemporary (modern) songs that appeal to our patriotism?

How about 'Anti War' songs?