What is a Tenement?

The law defines it as a house " occupied by three or more families, living independently and doing their cooking on the premises ; or by more than two families on a floor, so living and cooking and having a common right in the halls, stairways, yards, etc."

That is the legal meaning, and includes flats and apartment-houses, with which we have nothing to do. In its narrower sense the typical tenement was thus described when last arraigned before the bar of public justice: " It is generally a brick building from four to six stories high on the street, frequently with a store on the first floor which, when used for the sale of liquor, has a side opening for the benefit of the inmates and to evade the Sunday law ; four families occupy each floor, and a set of rooms consists of one or two dark closets, used as bedrooms, with a living room twelve feet by ten. The stair was at the centre of the house, and no direct through ventilation is possible, each family being separated from the other by partitions. Frequently the rear of the lot is occupied by another building of three stories high with two families on a floor." The picture is nearly as true to-day as ten years ago, and will be for a long time to come. The dim light admitted by the air-shaft shines upon greater crowds than ever. Tenements are still "good property," and the poverty of the poor man his destruction. A barrack down town where he has to live because he is poor brings in a third more rent than a decent flat house in Harlem. The statement once made a sensation that between seventy and eighty children had been found in one tenement. It no longer excites even passing attention, when the sanitary police report counting 101 adults and 91 children in a Crosby Street house, one of twins, built together. The children in the other, if I am not mistaken, numbered 89, a total of 180 for two tenements ! 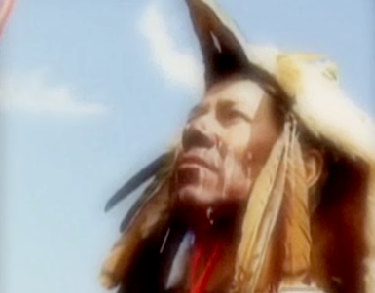 The Old West erupts in violence when American settlers encroach on Indian lands. George Custer and the 7th Cavalry ride in to force the Indians onto reservations.

You are Crazy Horse . You will face the questions that could win or lose the battle. We ask, you decide. Test your skills, strategy, and nerve in command decisions.

Are You Ready For Some Football?! 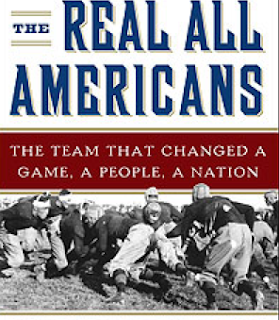 At the turn of the 20th century, the college leading the football gridiron wasn't Harvard or Yale – it was a little-known powerhouse called the Carlisle Indian Industrial School.

It was at this experimental boarding school for American Indians where many of today's trick plays, and even the first spiral throw, were born.

Read all about them and listen to an interview with Sally Jenkins, author of a book about this famous team. Then you be the coach and design a trick play of your own.

Who knows, if its good enough maybe the Braves can use it Friday night!
Posted by Mr. Kelly at 6:30 PM No comments: 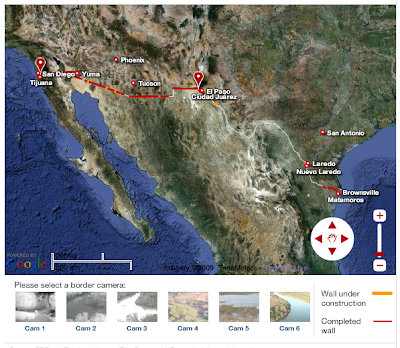 Immigrants have not always been welcome to the United States as they once were at Ellis Island. 120 years ago fears about Chinese Immigrants led to the Chinese Exclusion Act of 1882. Today similar fears have led us to put up walls and hire border patrols along the US/ Mexico border.

And now because of a $2 million grant from the state of Texas, anyone in the world can watch grainy live video scenes of cactuses, desert mountains and the Rio Grande along Texas' portion of the international border.

Is this money well spent? What threats or problems does immigration cause? Why do we welcome some immigrants but exclude others? Is this discrimination or are we just protecting our backyards?

Do you know more about America than an immigrant? Click here to find out.
Posted by Mr. Kelly at 11:01 AM No comments: