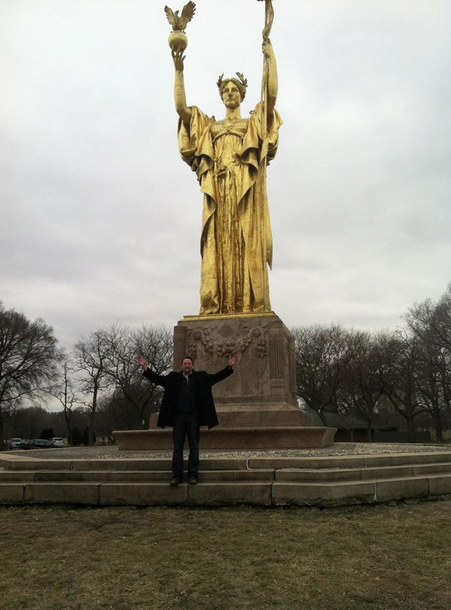 While the 'White City' of the Colombian Exposition 1893 showed the world the wonder and grandeur of the America Spirit it also covered up many deep rooted social and political issues of the Gilded Age.

The Statue of the Republic welcomed fair goers with its outstretched gilded arms. (Its actually made from bronze). The name 'White City' referred to the architecture and gleaming 'white wash' of many of the buildings; but it could also be used as a metaphor for the perceived superiority of Western or 'White' culture at this time. As fair goers walked the grounds they couldn't help but to compare and contrast the exhibits of seemingly 'backwords' World Cultures with the progress and technology of America.

If you were visiting the Exposition and had never been to America before, what would you think?

Was the America's view of the rest of the world discriminatory? Hypocritical?

How permanent was the fair? What happened to the buildings after the fair ended?

How was the Fair perhaps 'deceptively' pleasing?

What does it mean if something is 'Gilded?'

How did the White City compare to actual Chicago or other American cities? Was it reality?

What were some of the issues facing Americans during the 'Gilded Age?'
Posted by Mr. Kelly at 7:31 AM