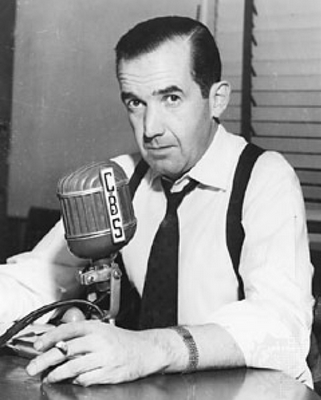 Perhaps more than any reporter before or since, Edward R. Murrow captured the trust and belief of a nation and returned that trust with honesty and courage. His belief in journalism as an active part of the political process and a necessary tool within democracy has forever altered the politics and everyday life of the American people.

What predictions did Mr. Murrow make about the future of Media in America?

Have they come true?
Posted by Mr. Kelly at 8:32 AM No comments:

The movie illustrates the very real fear of an 'imminent' nuclear attack during the late Cold War and teaches a valuable lesson in the end.

How was High School different in 1983?

How have computers and the internet changed our lives since then?

Would you like to play the game?
Posted by Mr. Kelly at 6:09 AM No comments: