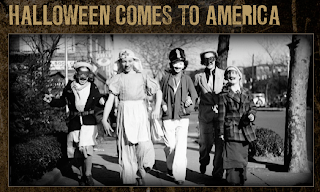 In the second half of the nineteenth century, America was flooded with new immigrants. These new immigrants, especially the millions of Irish fleeing Ireland's potato famine of 1846, helped to popularize the celebration of Halloween nationally. Taking from Irish and English traditions, Americans began to dress up in costumes and go house to house asking for food or money, a practice that eventually became today's "trick-or-treat" tradition. Click here to learn more.

Should we be afraid of immigrants?

Listen to the 'Ghosts of Miami' as told by former Miami President Dr. Phillip Shriver.

What is the difference between 'lore' and history?'

What Does it Mean to Be an American?


If you wish to become a US citizen and neither of your parents are US citizens, you’ll first need to immigrate to the United States and become a legal permanent resident.  You must reside in the United States as a permanent resident continuously for five years. The only exception to this rule is if you are married to, and living with the same U.S. citizen spouse; then you can qualify after only three years.

Before immigrants to the United States can take the final Oath of U.S. Citizenship they must first pass a naturalization test which assesses their knowledge of basic U.S. government and history. Applicants must correctly answer at least 6 of the 10 randomly selected questions to pass.

Do you know more about America than the immigrants who want to become citizens?

Are these questions fair? Why are they so hard?

What questions should we be asking?

What does the US citizenship exam actually test?
How has military service served as a pathway to citizenship?  Should it?

Give me your tired, your poor,
Your huddled masses yearning to breathe free,
The wretched refuse of your teeming shore.
Send these, the homeless, tempest-tost to me,
I lift my lamp beside the golden door!


These lines from Emma Lazarus famous poem 'The New Colossus' are engraved within the pedestal upon which 'Lady Liberty' stands; but what do they mean? What was the 'Old Colossus?' Who are these tired masses? Wretched Refuse? Why were they coming to America?  Were all immigrants to the US so welcome?  Is America a true 'Melting Pot?'

Mission US: City of Immigrants


It’s 1907. You are Lena Brodsky, a 14-year-old Jewish immigrant from Russia. How will you start a new life in America?

Click the link to play the game. The goal of Mission US is to understand history, not to win. In each mission, you’ll meet a range of people with very different viewpoints, explore historical settings, and witness key past events, and will have to make difficult decisions. The fate of your character is based on your choices in the game, which will also impact the outcome of your character’s story. You can replay the game and make different choices to see how your character’s story might have turned out differently.
Posted by Mr. Kelly at 5:04 AM No comments:

On the first day on January,
Eighteen ninety-two,
They opened Ellis Island and they let
The people through.
And the first to cross the treshold
Of that isle of hope and tears,
Was Annie Moore from Ireland
Who was all of fifteen years.

Isle of hope, isle of tears,
Isle of freedom, isle of fears,
But it's not the isle you left behind.
That isle of hunger, isle of pain,
Isle you'll never see again
But the isle of home is always on your mind.

Like Isle of Hope, The Pogues’ Thousands are Sailing (written by guitarist Phil Chevron) ties the economic emigration of the 80’s in with a prior wave of emigration—in this case, the post-Famine emigration to the United States.

1) Compare and contrast the two songs.

2) What was it like to really experience Ellis Island?

3) What 'pushed' Immigrants from their homelands?  What Pulled them here? (t-chart)

5) How is immigration today different than a century ago?


How would you do as an immigrant?  Play from Ellis Island to Orchard Street.

How was this experience different than Angel Island in the West?  How and why were the Chinese Excluded?
Posted by Mr. Kelly at 11:43 AM No comments:


What was the Homstead Strike? Were the workers justified in their words and actions? Did they have the right to strike against their employers? Why or Why not?

A Ballad is a narrative composition in rhythmic verse suitable for singing. Originally ballads were not written down. They were a way to pass tradition and culture down from generation to generation; the music helped people to remember the story. The traditional ballad form has a few easily replicated characteristics that have made it a popular storytelling device for hundreds of years.

Listen to the ballad written about the Homestead Strike (1892) and read the lyrics.

What is the mood created by the lyrics of the song? (Answers might include pride, anger and determination)

What words might contribute to the mood of the song? (Select 3 words or phrases and discuss how each word/phrase contributes to the emotional impact of the lyrics. Answers might include shame, bum detectives, like thieves in the night, grasping corporations.)

What words could be used to predict tension and violence?


Read 'How to Write a Ballad" and then write your own labor song about the Railroad Strike of 1877, the Haymarket Affair, or the Pullman Strike. Be prepared to share your song in front of the class.

Which Side Are You On?

The Union Song Playlist
Posted by Mr. Kelly at 5:02 AM 5 comments:

There were many failures on part of the factory owners and management that led up to the deadliest workplace disaster of the 20th century. Join Dominique Dibbell as she uncovers the Triangle Shirtwaist Factory Fire, the events leading up to the tragedy, the aftermath and the fight for better conditions that followed.
Posted by Mr. Kelly at 11:52 AM No comments:

In 1934, Charles B. Darrow of Germantown, Pennsylvania, presented a game called MONOPOLY to the executives of Parker Brothers. Mr. Darrow, like many other Americans, was unemployed at the time and often played this game to amuse himself and pass the time. It was the game’s exciting promise of fame and fortune that initially prompted Darrow to produce this game on his own.

With help from a friend who was a printer, Darrow sold 5,000 sets of the MONOPOLY game to a Philadelphia department store. As the demand for the game grew, Darrow could not keep up with the orders and arranged for Parker Brothers to take over the game.

Since 1935, when Parker Brothers acquired the rights to the game, it has become the leading proprietary game not only in the United States but throughout the Western World. As of 1994, the game is published under license in 43 countries, and in 26 languages; in addition, the U.S. Spanish edition is sold in another 11 countries.

2) Was Monopoly intended to teach that capitalism was good or bad?  Why? How?

3) Which piece is your favorite? Why?

4) What lessons does the game of Monopoly teach?

6) How are monopolies regulated today?

7) If you were part of the Federal Trade Commission how would you change the rules of Monopoly to make the game more fair and ensure competition? 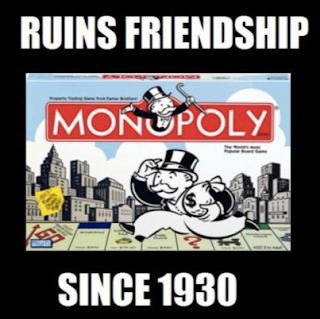 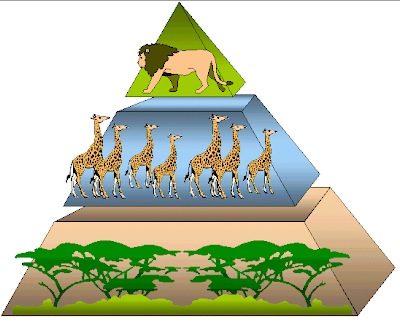 According to the idea of Social Darwinism who would the Lion be? And the giraffes?  What happens to the 'unfit?'  Can a giraffe ever hope to beat the lion?   What do the trees think?

When Science meets History: Consider this case of 'survival of the fittest' in the Florida Everglades. Talk about your hostile takeovers!

As William Graham Sumner, the father of social Darwinism in America, put it in the 1880s: "Civilization has a simple choice." It's either "liberty, inequality, survival of the fittest" or "not-liberty, equality, survival of the unfittest. The former carries society forward and favors all its best members; the latter carries society downwards and favors all its worst members."

Social Darwinism offered a moral justification for the wild inequities and social cruelties of the late nineteenth century. It allowed John D. Rockefeller, for example, to claim the fortune he accumulated through his giant Standard Oil Trust was "merely a survival of the fittest... the working out of a law of nature and of God."

What would it be like to be eaten by a boa constrictor?
Do Boa Constrictor's feel guilty for who they eat?
Should the rich 'eat' the poor?
What was Jonathan Swift's Modest Proposal?

The social Darwinism of that era also undermined all efforts to build a more broadly based prosperity and rescue our democracy from the tight grip of a very few at the top. It was used by the privileged and powerful to convince everyone else that government shouldn't do much of anything.

Do the rich have a responsibility to help the poor?
What does wealth inequality sound like?
Why does it matter? Why should the 'lion's' care about the 'trees?' 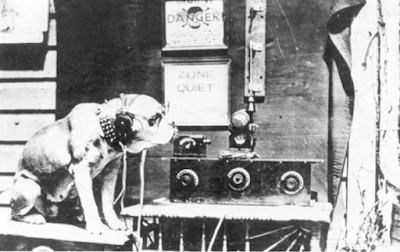 "It was back in the fall of eighteen seventy-nine," said the stranger at last, softly. "Back in the village of Menlo Park, New Jersey. I was a boy of nine. A young man we all thought was a wizard had set up a laboratory next door to my home, and there were flashes and crashes inside, and all sorts of scary goings on. The neighborhood children were warned to keep away, not to make any noise that would bother the wizard. "I didn't get to know Edison right off, but his dog Sparky and I got to be steady pals. A dog a whole lot like yours, Sparky was, and we used to wrestle all over the neighborhood. Yes, sir, your dog is the image of Sparky."

Would you want to be Edison's Shaggy Dog?

What is a 'Shaggy Dog' story?

What if dogs are smarter than people?  What have they figured out?

What is the moral of the story?
Posted by Mr. Kelly at 4:54 AM No comments:

Richest People In the World 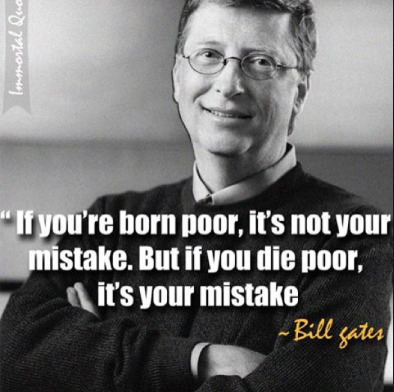 Who are the 5 richest people in the world today? Sure you can name Bill Gates but what about the rest? How did they make their fortunes? The answers may surprise you.

Who were the TYCOONS of the late 1800s? In what ways are they similar or different from today's tycoons?

Is Greed Good?  What is the legacy of the Business Tycoons?
Posted by Mr. Kelly at 4:50 AM 7 comments: