The Civil War may have ended almost 150 years ago but this flag still evokes powerful emotions. Take the recent story from Charlottesville, Virginia. Who do you think was to blame? How could this situation have been avoided? Could this have happened at our own school?


History of a Controversy:  The Confederate Flag 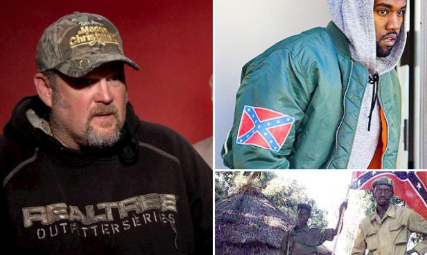 Recently Kanye West has been seen wearing the Confederate Flag and selling it on his merchandise.  Why?  What does Larry the Cable guy and a tribe of warriors in Africa have to say about that?

Sweet Home Talawanda... Kanye can 'do what he want' but what will happen to you if you wear a confederate flag to school?  Are our school rules fair?
Posted by Mr. Kelly at 11:19 AM No comments: