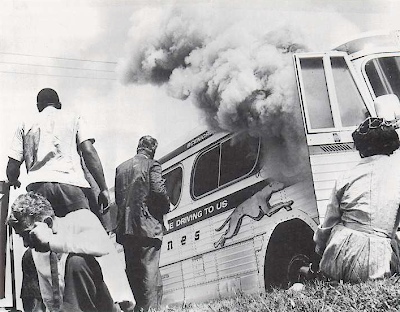 In the spring of 1961, despite the equal protection clause of the Fourteenth Amendment of the United States Constitution and two Supreme Court decisions specifically outlawing segregation in interstate travel, black Americans, traveling by bus across state lines in the South, were still forced to sit in separate sections and made to use separate facilities in bus terminals.


Who were the Freedom Riders?

Why did people join the Freedom Rides?

When prejudice and racism are supported by both custom and law, what can be done to
create a more inclusive society? How do you explain why there is often so much resistance
to change?

How does nonviolent direct action expose injustice? Why was it such an effective strategy for
bringing about change during the civil rights movement?

What role did the media play in the Freedom Rides? How do media shape our understanding
of the issues of our time?

What does the story of the Freedom Riders suggest about the role of citizens in shaping democracy?

In the Army Now 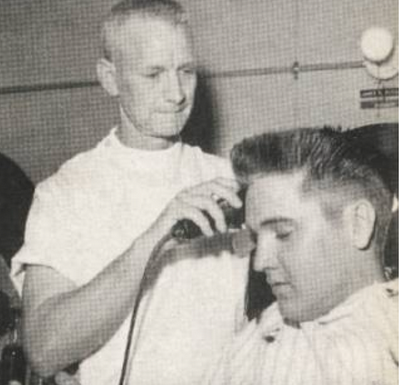 Elvis Aron Presley entered the United States Army at Memphis, Tennessee, on March 24, 1958, and then spent three days at the Fort Chaffee, Arkansas, Reception Station. He left active duty at Fort Dix, New Jersey, on March 5, 1960, and received his discharge from the Army Reserve on March 23, 1964.

Mr. Presley's overseas service took place in Germany from October 1, 1958, until March 2, 1960, as a member of the 1st Medium Tank Battalion, 32d Armor. For the first five days of that period he belonged to Company D of the battalion, and thereafter to the battalion's Headquarters Company at Friedberg.

But not everyone was happy with 'The King's' induction.

Should Elvis have been given an exception because of his celebrity? Should celebrities be treated differently? Why/ not?

Not all celebrities served so honorably. In this clip Mohammed Ali speaks for a white college, explaining why he doesnt want to go to Vietnam. What reasons does he give?
Posted by Mr. Kelly at 7:20 AM No comments:


Rock and Roll music burst onto the scene in the 1950s thrilling teenagers and horrifying their parents. Rock Music was a combination of diverse musical styles symbolic of the American Melting Pot, but it also reflected the racial divisions of 1950's America.

Why did Elvis Presley achieve greater success than African American musicians of the 1950's?