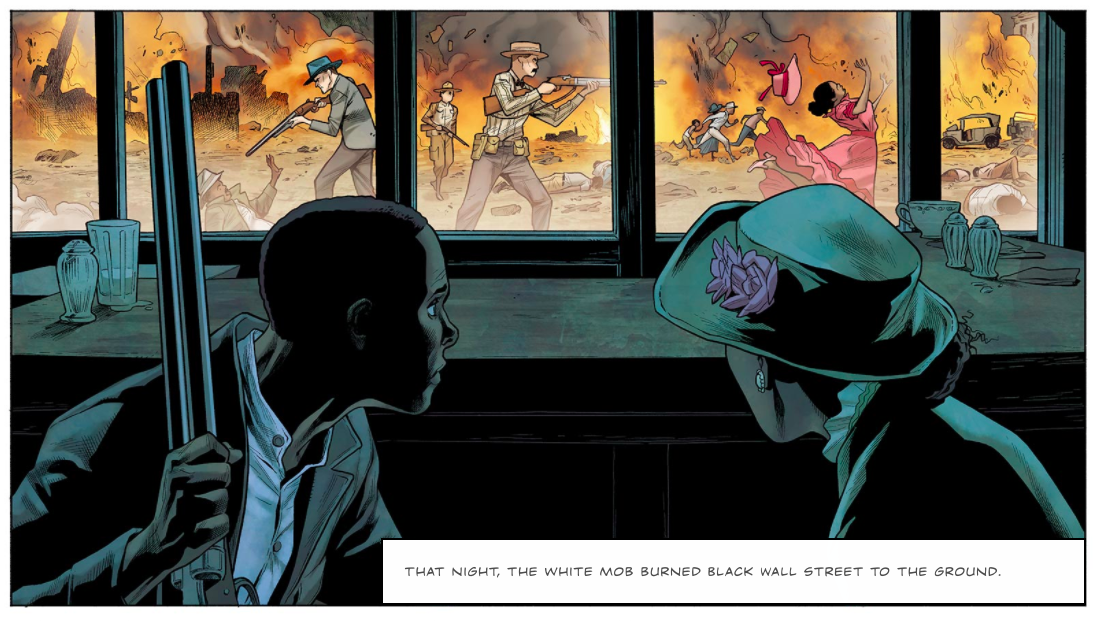 In 1921, at the height of ‘Jim Crow’ America, rioters destroyed a beacon of Black prosperity and security: The Greenwood neighborhood of Tulsa, Oklahoma also known as ‘Black Wall Street.’

At the time, there were no prosecutions of the instigators. Almost a century later, there have been no reparations.

In fact, I had never even heard of it until I saw it on HBO’s ‘The Watchmen’

NOT ONE sentence in our US history book! Why?
Read the story for yourself and then answer these questions:

1) Was Reconstruction a success or a failure? Give examples.
2) What happened in Tulsa, Oklahoma in 1921? Why?
3) How did this incident test our nation's commitment to its founding ideals?
4) Why do you suppose this event is not in our History Textbook?
5) How is our nation still healing more than 150 years after the Civil War?
Posted by Mr. Kelly at 7:30 AM