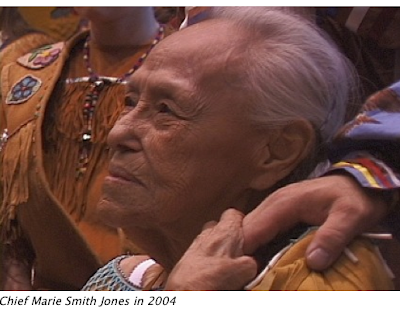 Chief Marie, 89, of the Eyak tribe in Alaska, learned her native tongue from her parents, but the spread of English and competition from the Tlingit, another aboriginal tribe, meant that she was the last 'traditional' speaker. A survey backed by the US National Geographic Society found that Native American languages are some of the world's most endangered.

Every year more and more languages are gone forever as their last speakers pass away. I'm reminded of the gloomy prediction that half of all languages will disappear this century.

Some linguists argue that the birth and death of languages is a natural phenomenon that we shouldn't worry too much about. The global success of English, for example, has changed it forever. But it's hard not to mourn the loss of a language and all that it stands for.

Imagine not being able to speak ever again. What difficulties would you have?

What happens to a culture when their language is lost?

Why is preserving these languages important to the rest of us?

You don't have to travel all the way to Alaska to witness this disappearance.
Click here to learn about the efforts of the Miami Tribe to preserve their language.
Posted by Mr. Kelly at 5:46 AM