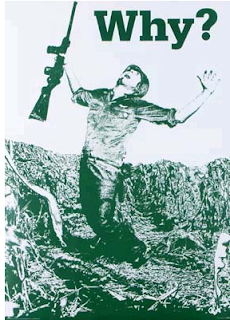 I am a soldier;
serving proudly, standing tall.
I fight for freedom, yours and mine,
by answering this call.
I do my job while knowing,
the thanks it sometimes lacks.
Say a prayer that I come home,
its me that's got your back

-a poem by Autumn Parker

Who's got your back? Who do you turn to when you really need a helping hand? Your friends? Your family?

Article 10 of President Wilson's League of Nations called for mutual defense by the signers of the treaty and a pledge that all members would "respect and preserve... the territorial integrity and existing political independence of all the Members." In effect the memebers of the League of Nations swore to 'have each others backs.'

Critics felt that Article 10 could unconstitutionally lead the US into a war without the consent of Congress. They feared that the United States might be dragged into another conflict costing hundreds of thousands of American lives. They wanted a return to isolationism.

After looking at both sides of the issue what would you have done? Would you have supported joining the League? Why or why not?

What are the '8 Rules of Fight Club?' How was Wilson's club different? What did critics think of his ideas?

Did the United States actually join?  League of Nations Song
Posted by Mr. Kelly at 8:30 AM